The USS proposals – what do they mean for me?

The first increase planned for April 2019, with two further rises in the following 12 months. For employees, contributions would first rise from 8% of pensionable salary to 8.8%. Employer contributions would rise from 18% of staff salaries to 19.5% at the same time. The University will consult fully with staff on these proposals.

The full schedule of proposed contribution rates is:

The benefits paid out under the scheme remain unchanged.

The USS is bringing forward the proposal as it is legally obliged to complete the valuation of the pension scheme by next April. Under the current valuation, the USS trustees believe they need an extra £900 million a year in contributions to maintain the current level of benefits, to make sure future benefits are fully funded and to meet their legal obligations to the Pensions Regulator. Under the USS cost sharing rules (Rule 76.4-8), employers must meet 65% of these increased contributions, and employees the remaining 35%.

The USS has phased the increase to give employers and employees more time to prepare, and to allow the UCU and UUK more opportunity to develop alternative proposals. All member contributions are made before tax and national insurance, which reduces the effect on net salary. However, as they stand, the USS proposals would present a challenge for staff and the University.

Estimated examples of USS member and University contributions at selected grades are: 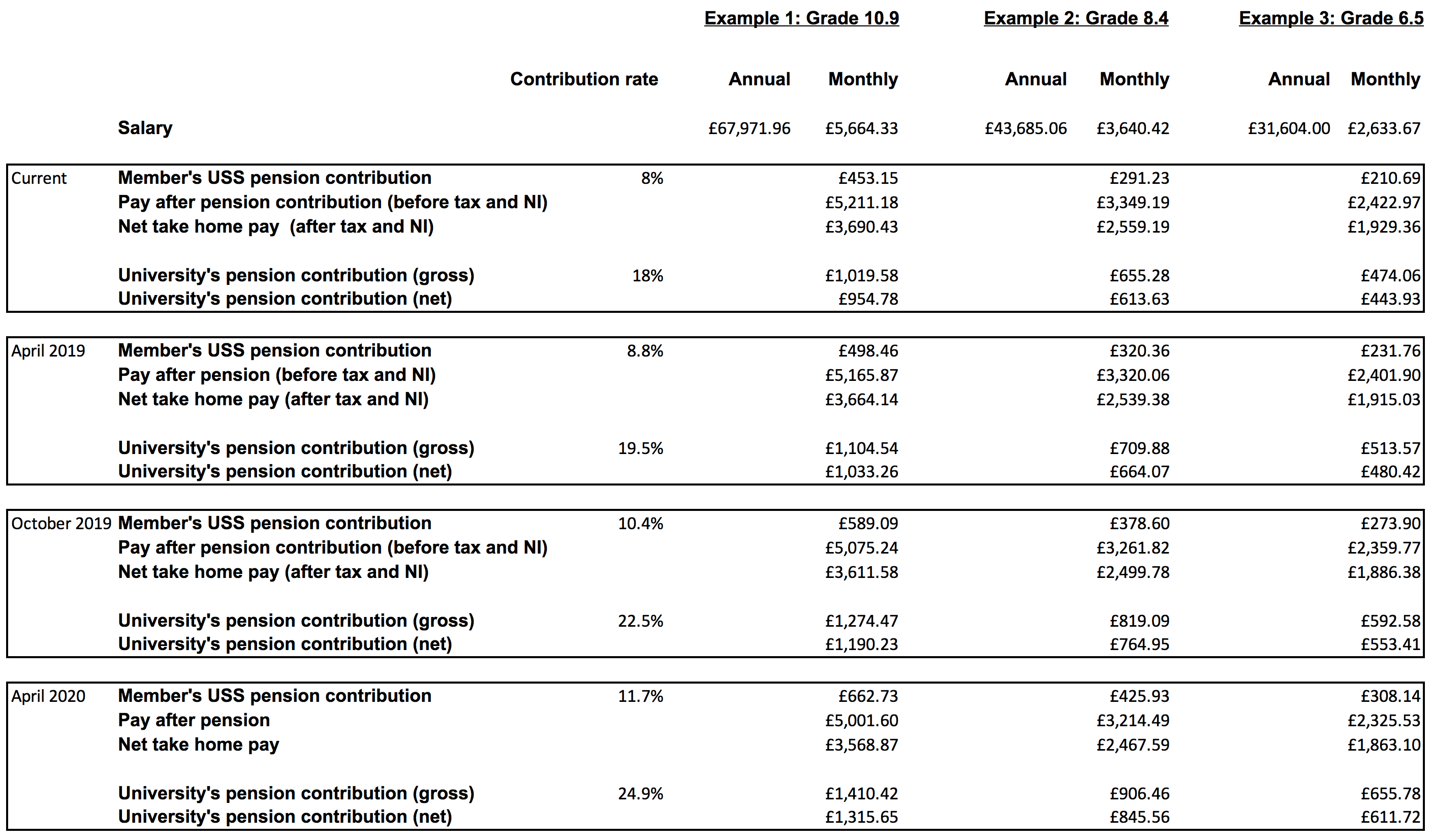 The University’s net pensions contributions are after National Insurance savings and Apprenticeship Levy savings.
[N.B. Examples are estimates only, assuming a standard tax code and no changes in tax or NI rates. The examples assume contributions are paid under salary exchange – you can check this by looking for ‘USS salary ex’ on your pay slip or via HR Self-Service. The USS will provide a detailed modeller allowing you to calculate your contributions in time for the consultation.]

Under the proposals, the current “employer match” scheme, where employers match up to 1% of top-up contributions made by staff, would be discontinued from April. This reduces the eventual overall contributions required from employers and employees from 37.4% to 36.6%. Further details from the USS trustees on their proposals can be found here.